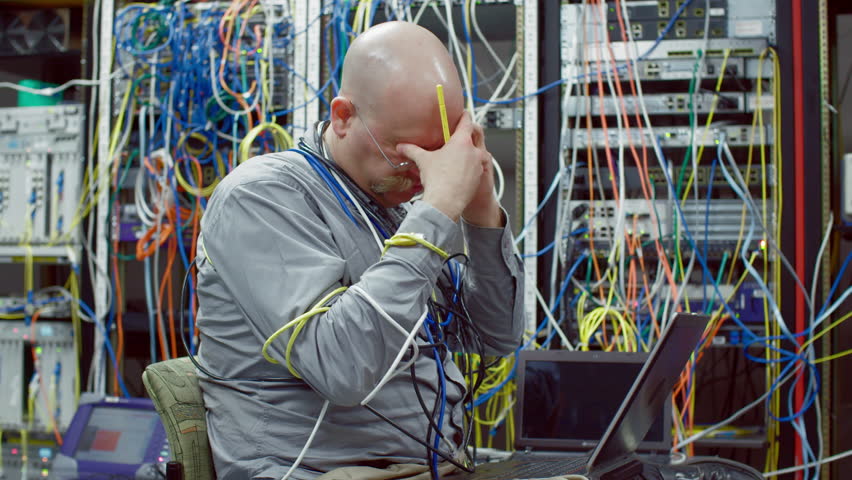 There is much talk these days about proactive vs. reactive in the tech industry.  Many tech companies are pushing that they work proactively thanks in most part by the various remote management tools available to them.  However, what they fail to realize is, while this is a vital component, having these tools alone just won’t cut it.

You might be loving how responsive your tech company is; anytime you have a problem, there they are.  However, it might be surprise you to know that the fact is this is the opposite of being proactive!  It’s time to let you in on a little secret, your technology shouldn’t go down.  If your technology company needs to be called in for a problem, they’ve really just missed something, or even more commonly, they’ve only looked at a specific issue you called about BECAUSE you called.  While this method sounds just fine, since we can’t all afford to pay thousands of dollars in preventative maintenance and to have the best systems out there, but here’s why the converse is actually the more cost effective option.

The Cost of Being Reactive

We get it, keeping your technology up-to-date is expensive, but people don’t fully calculate the scope of the cost of technology downtime making preventative maintenance the absolute right choice.  The biggest cost in technology going down is the associated lack of productivity and lost opportunity costs.

A client of mine, Allison, fell victim to this very problem and she found out it was costing her more than she ever could’ve realized.  Being the new business manager at a local dental firm, Allison had much on her plate.  When she took over, she started noticing she was calling in her tech company quite a bit for many issues.  Some were major, some were small, but either way, she had to make a call, they had to come out before the problems were then resolved.  The tech company she had operated on a 100% reactionary basis and was billing her for ANY and ALL time spent on any given issue.  Frustration and anxiety began to set in when she noticed she was calling them at least once a week with problems.  She began to wonder how it was possible to have this many IT issues for a business who was otherwise fairly on top of everything else.  This went on for a few months and then after looking over her bills for the past months, she almost fell over in her chair.  Allison then tried contact her tech company and get an explanation as to what was going on and why all these issues kept occurring.  She was told this is the way IT works.  Things break, things go down, stuff happens.  This response sent her over the edge.  She had enough!

When Allison first contacted me, the first thing I told her was this is NOT the way it’s supposed to be.  The reason why these issues kept occurring is that they were never fixed correctly to begin with.  A pure reactionary tech company makes their money on an hourly basis, so to keep fixing issues, is how they stay in business.  We then proceeded to run through an analysis of how much this was costing her.  She grabbed copies of her most recent bills to show me, but this was only half of the story.  Allison never took into account the cost of her employee downtime and lost revenues from not being able to serve her clients…

Her total losses skyrocketed by 4x the amount of her technology bills alone.   She was in complete disbelief.  As if the frustration and anxiety wasn’t enough, was now downright angry.  It has been reported that even 10 hours of downtime in a year can result in costs of up to $125,000 for a small to midsize business. For large enterprises, that cost can reach far into the millions.  So, she made the switch providers and has never looked back.  The only time she calls her tech company now, is to plan out future installations or get advice on a specific technology.  A drastic change for the better for her already busy life.

This is the reason a TRUE proactive system must be in place for any business.  If even the little issues don’t ever occur again it can save you thousands.  To have an IT infrastructure that works for your business and, more importantly, just works is the ultimate goal for any business.

Gauging staff on metrics that lead to more problems is the way that most tech companies generally evaluate their staff.   Here is a secret, though….   The less time you see your tech company, the more they earn their money.   Don’t focus on the hours they spend working in your business.  The amount you see them should mean nothing, however you should be concerned about the metric you care about most, the uptime of your system.  I’m often blown away at how many people buy tech support and with that come questions like:   “How many hours of support do I get with this?”, “What’s your response time?” – But there’s only one question they should be asking to define their decision, “What’s the average uptime of your clients?”  Let me explain to you why this is the right motivator…

I recently had a very profound and eye-opening conversation about a competing tech company.  This tech company is one of the largest in the state and what I’ve always strived to mimick in the past.  They tout their ability to be proactive and they were one of the first around to offer those services.  I was out for drinks with a couple of buddies the other night who work for this company.  After catching up and a few drinks later, they begin to talk shop in front of me.  One of the first things mentioned was that one friend mentioned he may not hit is quota for tickets this week.  I interjected, questioning why that would matter if he works for a proactive provider.  He agreed that the requirement was a horrible metric but the company requires at least 15 tickets to be worked each week.  Effectively PRAISING the fact that any given tech is being kept busy.  The conversation then moved onto the sheer amount of tickets in the system and how often they keep coming in on a daily basis.  Again, I interject.  This time, questioning why there are so many tickets and problems.  I was told that they believe that the company was so used to being reactive before they offered proactive services, they just continued to operate in that same manner.   The conversation continues on to reveal how one of the best employees there has his client’s systems setup so well that when they do call in with an issue, he recognizes the issue and reboots their server to fix it for a while.  One last time, I interject.  Questioning why the issue isn’t just fixed correctly so he never receives the call to begin with.  At the very least, why not script the reboot (a band-aide at best)… Either outcome here is that the client doesn’t have an issue or time out of their day to call in for support.

This goes on for another 10 minutes or so and I start to realize very quickly that this company that I looked up to for doing things the right way (proven by their size and how long they’ve been in business), is no different than any other tech company in the area.  I immediately lose the respect I had for them and it prompted me to write this post.

What’s worse is, do the poor clients even know that it doesn’t have to be this way?  To be truly proactive, you shouldn’t have a need to submit tickets or call out your tech company.  They should be working hard behind the scenes to make sure your systems are updated and working correctly.  Any potential problems should be handled before you even know about them.

You see, Allison was lucky…  She knew something wasn’t right and she wasn’t in a contract with her current tech company, so she switched.  If you’re in a position similar to Allison’s, can you afford to not take any action?

Sign Up to receive our 3-Step Blueprint to stop your tech from EVER going down...

You have Successfully Subscribed!